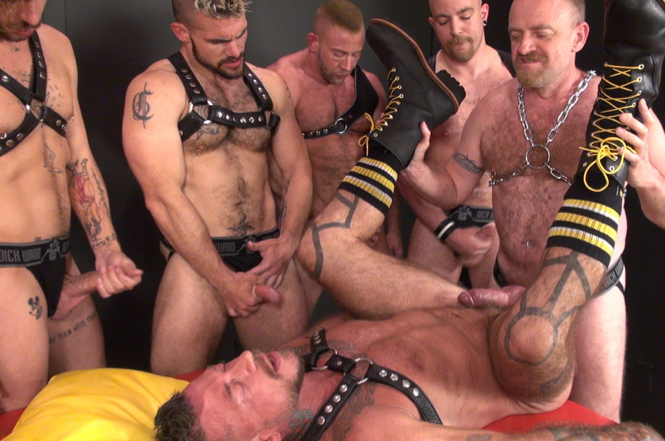 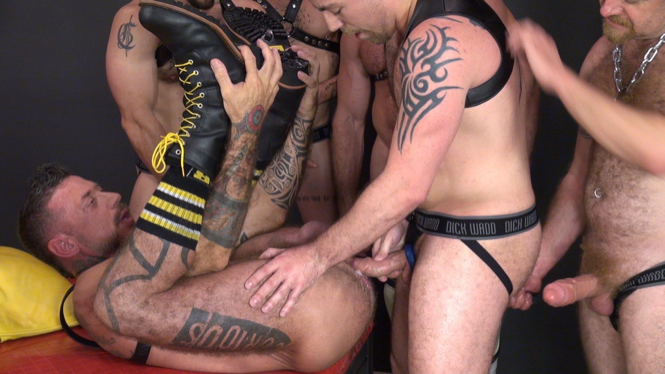 A few weeks ago I met up with Ray Dalton when he was in NYC. It was an interesting chat. I actually started writing up a blog post about it and then stopped 'cause I wasn't sure if he was OK with me sharing some of what he said. But the bottom line is that Ray's a great guy with a head on his shoulders.

And then there's the latest scene over at Raw & Rough where Ray gets gangbanged by 5 tops… Clearly he finally got a gig as a bottom and it sorta made up for all those times producers wanted him as a top!

The tops in the scene are: Nick Roberts – the furry guy with the chain harness, Lex Antoine – the guy in the J-holster harness, Shay Michaels – the beefy muscle guy in the asymmetrical harness, Aarin Asker – the guy with bleached hair and the above-the-tits harness, and lastly Lukas Cipriani – the tattooed guy with the long hair and the below-the-tits harness. [It is impressive the number of different types of harnesses they managed to get into one scene…]

Now the question is, what will Ray's bottom clients think of him getting gangbanged? Would they rather get fucked by someone who's "all top" (or at least mostly top)? But Ray is totally a free spirit, so if someone really likes what Ray's about I can't see them being bothered by this scene. I mean hell, Ray's Twitter stream is filled with references of him getting loads as much as giving them, so it's not like Ray's bottoming is some big secret.

Think this is hot and wanna see more? Head over to RawAndRough.com and check out the full video – it's hot! 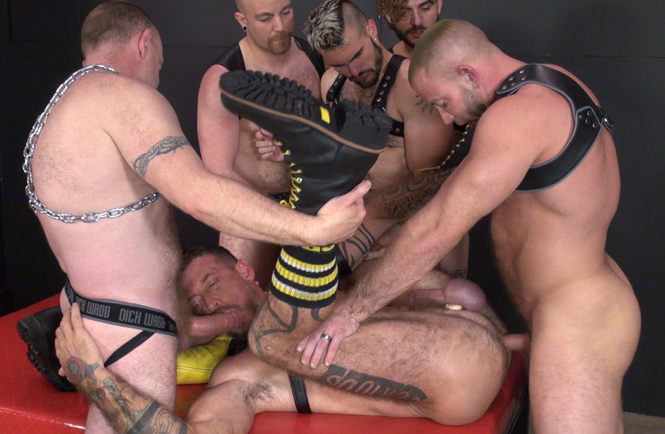 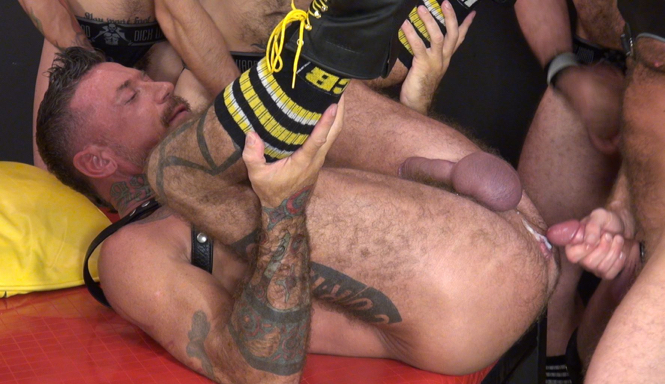 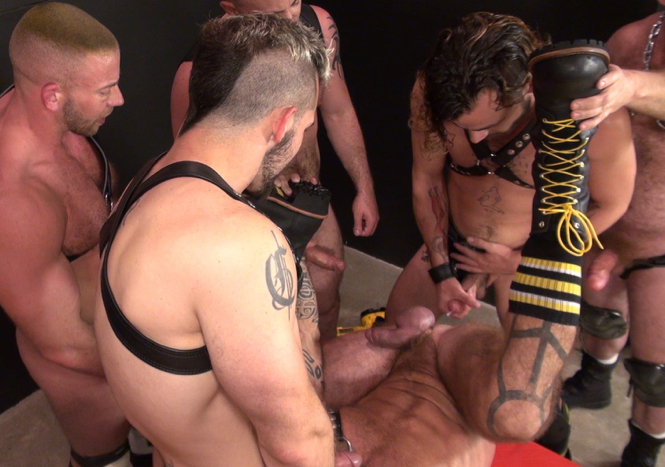